Being a 100 year old company you tend to answer a lot of questions. Part of our job is equipping clients with all the information they will need to have a better experience with us.

END_OF_DOCUMENT_TOKEN_TO_BE_REPLACED 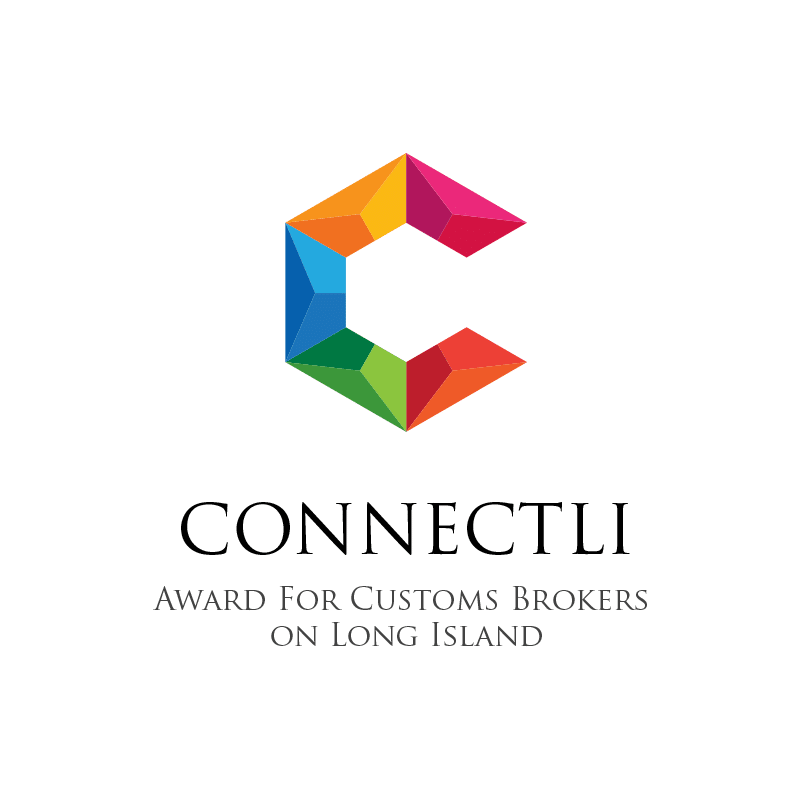 With over 100 years in business it is still nice to be noticed for professionalism and work ethic. Our team has worked consistently throughout the years bringing our customers service and satisfaction. From importing and exporting, customs clearance to remote location filing, we do it all! Ranked number one in customer relations and a leading provider of logistics solutions. Being a customs broker for this long we have grown with leaps and bounds within the industry. Our team is trained, skilled and will handle any task thrown our way.  We pride ourself on being fast, efficient and most of all effective with every transaction. Winning a Connectli.com Award For Customs Broker on Long Island is another milestone for H.W. St. John & Company.

“H.W. St. John & Company is a pioneer in the importing and exporting industry. We came on as their web design agency over 10 years ago and although they were a powerhouse in the industry back then, they have continued to grow till this day. H.W. St. John emulates excellence, professionalism and pays attention to every detail. I’ve worked closely with Kristin Hanel, President of H.W. St. John and I know how important every detail is to her and this company. It’s no wonder to me how they won this award and many other great accolades and reviews throughout the years, Congratulations!”. Comments Benjamin Marc CEO, Anthony Savino.

H.W. St. John has been listed on the Long Island business directory, Connectli.com for over 10 years now. Receiving awards, testimonials, and reviews from customers and colleagues let’s you know that you are doing your job correctly. We hope to continue on for another 100 years providing the best service possible.

If you have and questions please feel free to contact us anytime! 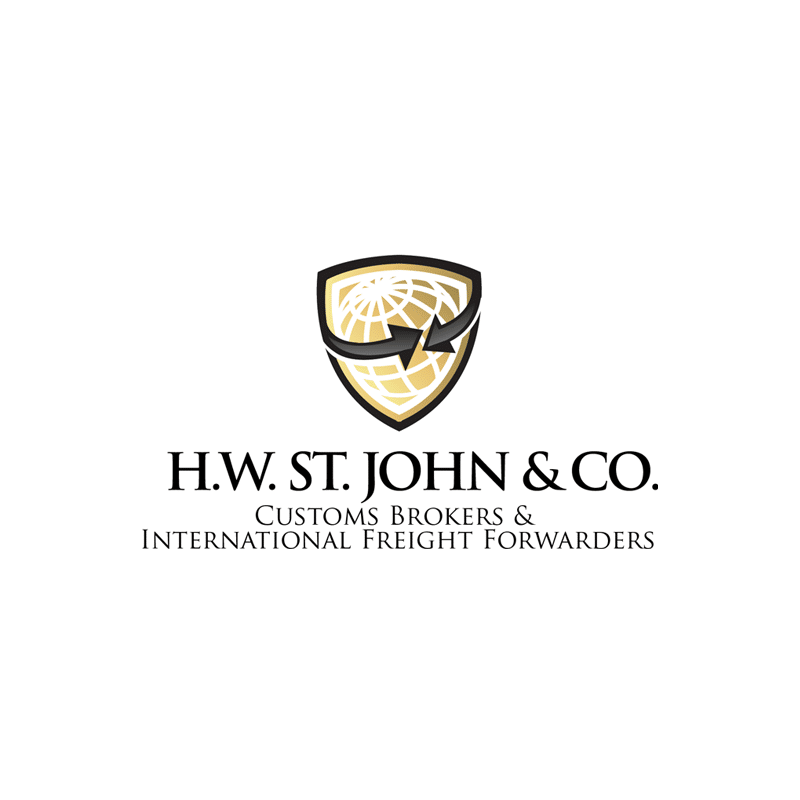 For more that 100 years H.W. St. John & Company’s goal has been simple, to be the first choice in selecting a U.S. customs brokers to clear international freight. As leading Freight Forwarders, H.W. St. John is able to expedite any brokerage and port clearance through customs no matter where the location. Our importing and exporting services range from pharmaceuticals, wearing apparel, perishables, pets, gold, coffee and much more. What separates us from other customs brokers on Long Island? Our attention to detail, customer service and business relationships.

The world of technology is continuously changing. In keeping up with the times we have decided to relaunch our website. H.W. St. John has been working with Long Island web design company, Benjamin Marc for more than a decade now. Benjamin Marc is our current SEO company that also specializes in digital media.

“When H.W. St. John & Company approached us with the task of rebuilding their current website I was very excited. Working with Kristin Hanel is always a great experience. She is a true leader in the importing & exporting industry. We first started off redesigning the current logo to match the theme of the website. Next, we designed and built a custom website that broke down all of H.W St. John’s services in depth. The new website is sleek, clean and easy to navigate. I am very happy with the outcome”. Says Benjamin Marc CEO, Anthony Savino.

As soon as the new website was launch their has been a rise in online traffic with an increased bounce rate. This means that online visitors are staying on the website longer due to the engaging content. Please feel free to navigate through our website and let us know your thoughts.

U.S. Customs and Border Protection:
Is up and running, however there may be delays in processing cancellations, deletions, corrections and bond requests.  Shipments that are subject to tariff-rate quotas are being released manually.  Ports have also suspended liquidation for ultimate liquidation at the proper rate.  If anyone is in the validation process for Customs-Trade Partnership Against Terrorism (C-TPAT), they have temporarily suspended the process.

Food and Drug Administration:
is dealing with critical functions such as entry review, sample collections, field examinations, compliance, exports and destructions.  Unfortunately due to limited resources delays at some ports are to be expected. New facility registration has been put on hold, as well as the physical inspections of foreign and domestic facilities that manufacture drugs or medical devices.

International Trade Administration:
The online steel import licensing system has been suspended.  If importers have a shipment that requires a steel license they are (a) use any license number already obtained or (b) send an e-mail to ITA steel.license@trade.gov  if a license has not been obtained, since license numbers are required to complete entry process.

Environmental Protection Agency:
Any shipments that require notices of arrival of pesticides or devices have been placed on temporary hold shipment there are no personnel to process.

Fish & Wildlife Service:
Electronic Filing of USFW form 3177 has been shut down until further notice, all importers and exporters must submit in paper form to F & W.

Department of Agriculture’s Animal and Plant Health Inspection Service:
USDA has shut down the review or authorization of notifications or permits for importation, along with interstate movement or field release of genetically engineered organisms and most management.  The administrative and oversights function, such as facility inspections and complaint investigations related to the Animal welfare act has also been shut down.

Trade data and information is also temporarily unavailable, including the Harmonized Tariff Schedule (HTS), Foreign Trade Regulations, as well as the new trade deficit statistics and data on textile and apparel.

In doing so, we previously provided information regarding the Executive Order, signed by President Barack Obama on February 19, 2014, regarding the International Trade Data System.  We examined the outline of the executive order, as well as some of the advantages of plan, stating the ITDS was to be implemented in effort to eliminate paper forms and replace the current process with one that is based on a new electronic filing system.  It is believed that the ITDS will cut back on the number of errors, loopholes, and steps, drastically reduce processing time, and therefore increase productivity and stimulate the economy.
H.W. St. John & Co. is also committed to analyzing issues from various angles and providing our clients with all of the information.  At face-value, this Executive Order sounds very appealing and advantageous.  However, it is guaranteed to create many problems and have catastrophic effects on countless Americans.

System Problems – Technology-based systems are always accompanied by bugs, flaws, and pitfalls in their programming, alone, including errors, corruptions, and of course, the inevitable system-crash.  Electronic systems and programs like the ITDS open doors for lost documents, security breaches, and a very serious increase of inadequate or insufficient reviews.  Since the ITDS will be electronic, it eliminates manual review, drastically increasing the margin of overlooking safety and security matters.

Job Security – While companies and individuals who seek to import or export goods appear to benefit from this new order and the ITDS, it is guaranteed to have a horrible impact on hundreds of thousands, if not millions, of Americans.  Anytime a technology-based system or computerized program is implemented, it eliminates the need for manpower.  An alarming number of Americans who are a part of the processing and approval procedure will lose employment, as they are being replaced by a computer program.  In addition, this Executive Order and the International Trade Data System will directly impact small and middle-sized business in the import/export industry.  In fact, the effects will be undeniably atrocious, as they will not be needed, forcing a devastating number of them to close and leaving their employees jobless.

Since January, two of the tri-state’s largest and most high-traffic ports have been inundated by port congestion and traffic jams on land.

With no evident signs of relief or steps towards a solution, the ports of Newark and Elizabeth are plagued by what appears to ever-growing delays.  This issue has created a domino effect, causing significant damage to businesses and residents, across the tri-state area and even across the nation.  Yet, millions remain utterly bewildered as officials continue to point fingers at the one another and no cause or solution has been identified.

Seldom do individuals or businesses realize how critical of a role each aspect of the import/export system plays in the function of daily life.  Now, with the congestion build-up in the Ports of Newark and Elizabeth, employees, officials, and millions of Americans, alike are getting a brutal, firsthand account of the catastrophic effects that can occur when there is glitch in even one part of the system.  Tractor trailers are backed up for miles, causing serious traffic jams, ships are stuck in the water, awaiting their turn to unload cargo, and the ports are getting nearer to becoming unsafe environments.  Weary, confused, and agitated employees, demand answers, yet find themselves with no answers.  While emotions are nearing volatile levels around the ports, businesses have long since passed the point of frustration and anger, reaching the state of frantic-frenzy, as goods are not coming in or out, thus hurting them, financially.

Though there is no single, one cause behind these delays, the relentless weather has proven to be a tremendous factor.  Record amounts of snowfall have undoubtedly hindered the process and flow, but it is because of the accumulation of snow and ice, with no reprieve to thaw or melt, which has created an even greater problem than in past years.  Additionally, with temperatures that have remained in freezing range for the past couple of months, various machines and equipment have malfunctioned and broken.

To further add to the already serious weather problems, there is controversy as to the roles of the International Longshoreman’s Association (ILA) and the Waterfront Commission in the problem.  Much blame is being cast upon the ILA as there are many claims that there are an insufficient number of workers, while others believe that the workers are not doing their jobs.  On the other hand, the ILA seeks to put the weight on the Waterfront Commission for the delay in hiring process.

Whether the root of this unprecedented and concerning situation is due to weather conditions or agency shortcomings, there appears to be no solution on the forefront.  Unfortunately, the weather cannot be controlled and discrepancies will never be solved without admission or collaboration to create a solution.  Although the reasons for this congestion are unclear, the one thing that is certain, however, is that a solution is urgently needed, as an alarming amount of financial damage has already been suffered by countless businesses and agencies, small and large, and before the situation becomes explosive.